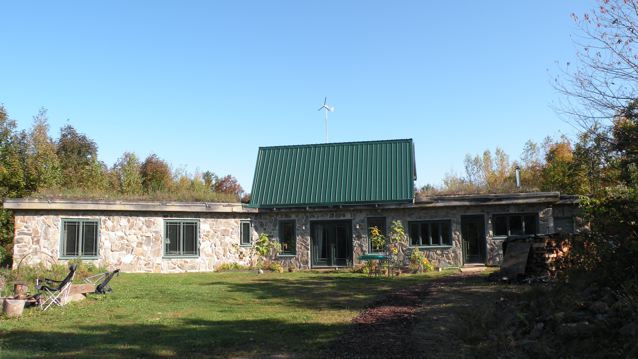 In 2001, I was newly married and had a studio in an old rope factory along the Jersey City waterfront overlooking Manhattan. On September 11th of that year, I was walking to my studio when I witnessed the attack and collapse of the World Trade Center. I was five months pregnant. My husband, George Callas, had just left the building fifteen minutes before the first plane hit. He had recently taken a job uptown after working for six years on the 33rd floor of the south tower. We had many friends and neighbors inside the Trade Center on that day.

In 2003, the US went to war with Iraq and used these attacks as the motivating message behind their campaign. Though my husband and I were already environmentally minded, these two events catapulted us into action. Concerned with the effects of our nation’s dependency on foreign oil, we concluded that a rural environment would be more conducive to learning how to live within the sustainable cycles of our planet. We bought a clear cut piece of land in Brooks, Maine, and hand built an in-ground, stone house that is off-the-grid and heated solely with wood.

The images below show the house, sod roof, solar panels and wind turbine, close up of a wall and an image from the Maine winters. The walls are 1′ stone w R-20 foam and fiberglass insulation. It has a R-50 sod roof, 1.9 kw solar pv array, 1.0 kw Bergy wind turbine. It contains 180 tons within its thermal envelope and is heated with 4 cord of wood/year.

After working for two years at this homestead level, we decided to take the work further and co-founded a sustainability institute with Russell and Andrea Read called Newforest. For more information about Newforest: https://kimberlycallas.com/newforest-institute/ 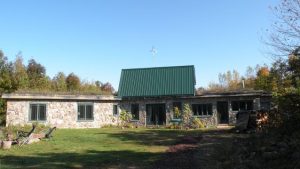 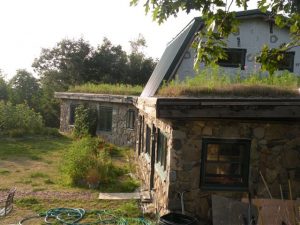 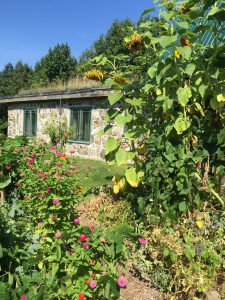 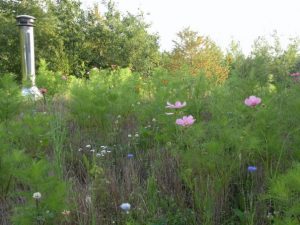 Cosmos on the Roof: 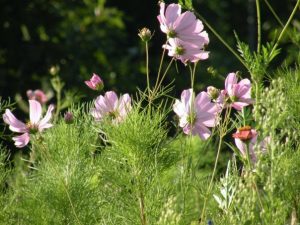 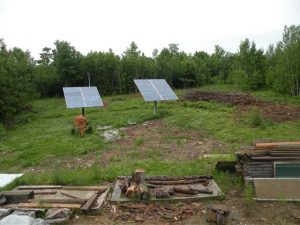 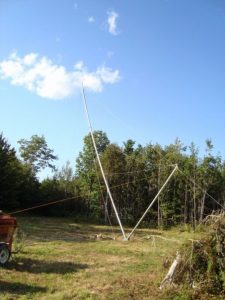 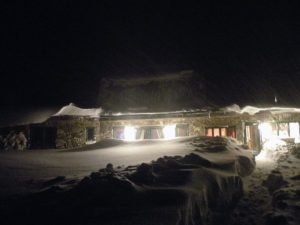 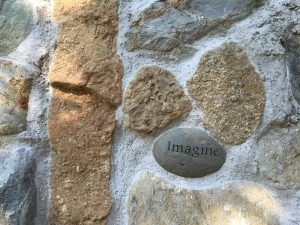