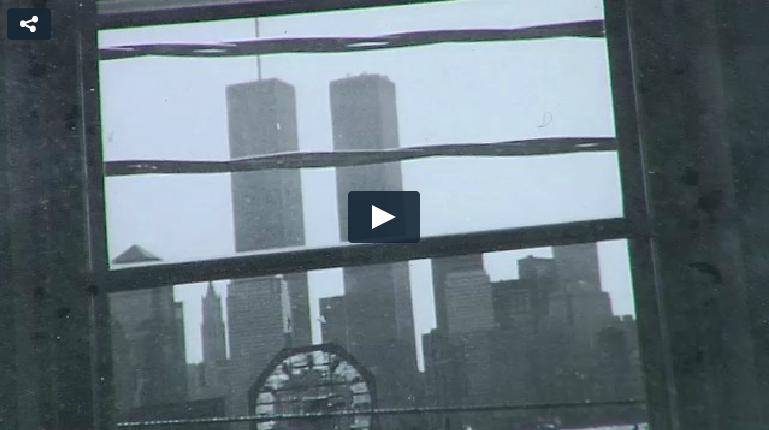 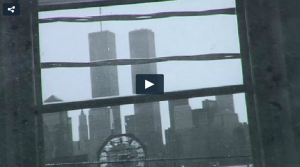 Part I (view Part II of this interview series here.)

“I was getting ready to go to the studio and thank God, just talked to by husband and hung up the phone,” says Kimberly Callas.

“I was actually in a training for Microsoft access database programming,” says her husband, George Callas.

Then in the span of that unsuspecting Tuesday morning, the world changed.

“I remember thinking to myself, oh that’s terrible, you know the tower is on fire,” Kimberly said.
“We were watching live from the trading desk when the second plane hit and it was at that point that it hit us that this wasn’t an accident,” George recounted.

“For the World Trade Center to fall, I mean that was at the end of our street as it were,” George described.

“When you’re standing there, it was like no time had passed at all. Time just stopped and when the towers fell, it was just like there was no comprehension that anyone had gotten out,” Kimberly said.

The towers were as much an anchor for the couple, as they were to the city’s skyline.

“I would go to them everyday and I met my husband there, and we courted there.”

Then they were gone.

“Just so many memories there and they’re gone and there’s just this empty space, this huge sky.”

The emptiness seeped far past the pile of rubble at ground zero. Kimberly and George lost co-workers and neighbors that day, and to begin the healing and understanding, they got to work.

“People had to help because that was sort of a way to process what was going on.”

They remember the outpouring from strangers to help responders and searchers.

She compares it to thousands of troops heading overseas following the attack.

Callas says what she fears today is losing the feelings and memories of more than a decade ago.

“I was afraid that I was going to forget and I was already forgetting details.”

So she added her own experiences on sticky-notes to a book about that day.

Last year on September 11th, she shared it for the first time with her son.

“For him it’s history and it’s something that was past, oh no, this was probably a defining moment in your life.”

After September 11th, 2001 the couple began thinking about leaving the big city, and soon they were starting a new life in Maine.

Kimberly, who is still a sculptor, says her art changed in an important way that day, and after their move to Maine, she’s got a whole new vision.