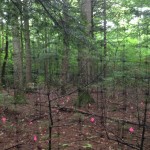 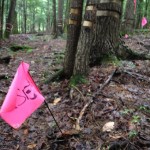 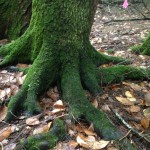 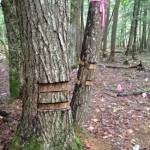 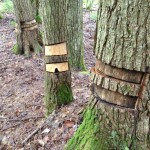 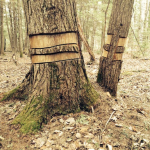 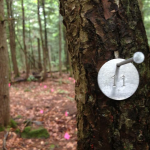 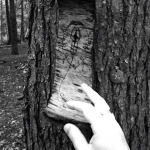 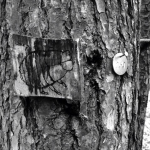 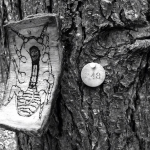 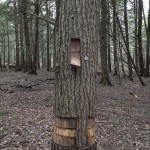 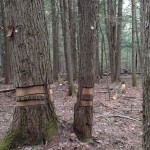 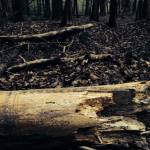 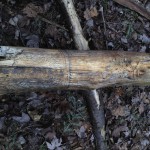 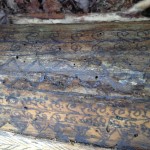 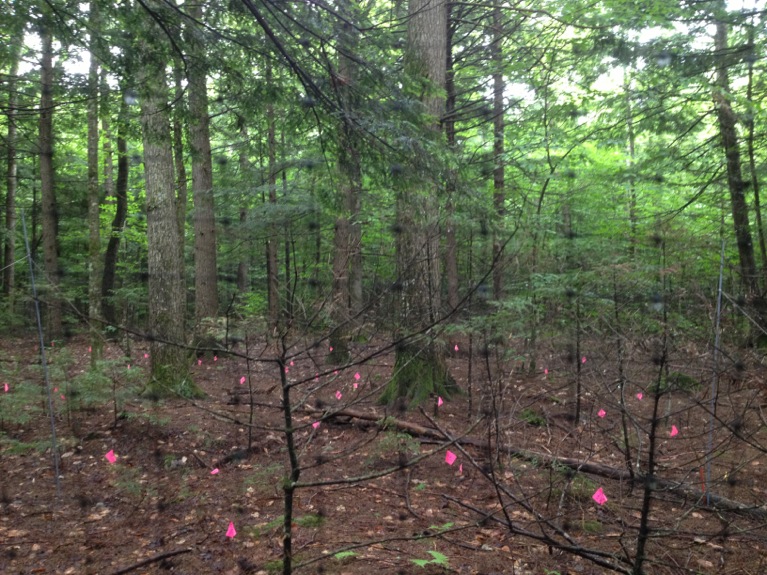 These ‘bark burnings’, photographs and site specific drawings come out of an ongoing collaboration between scientists, artists, poets and landowners contemplating the Maine’s Hemlock Ecosystem Management Study (HEMs) at Unity College, in Unity, Maine. This study is exploring ways to handle the threat of the invasive wooly adelgids potential decimation of Maine’s Hemlock groves.

Part of the study is attempting to predict how to equip landowners to deal with the inevitable invasion of their Hemlock groves, an invasion that will radically change landscapes and effect long term land use. The trees have been partially barked to induce a ‘slow’ death in imitation of the adelgids. The ‘slow death’ effects are then compared to the action that landowners will typically take which is to ‘harvest’ the Hemlock before the invasive comes. Harvesting creates its own ecological challenges.

Taken with the tree study’s number tags, I’ve taken bark samples from the cut trees and burned images of the wooly adelgids into the bark, creating my own ‘tags/markings’. Wooly adelgids are too small to see with the human eye and are only identified by their effect on the trees and a cotton looking substance they secrete. These images are hundreds of times larger than the actual adelgids.

I have also drawn into fallen trees on the site. These site specific drawings are created with using watercolor pencils and the dampness of the wood. The drawings fade away as the logs decay.